When we play more than one note at a time, that is called a Chord.

A Triad is a special type of chord that has three notes in it.

The first step in forming a triad is to choose a starting note from a scale, which we call the Root. 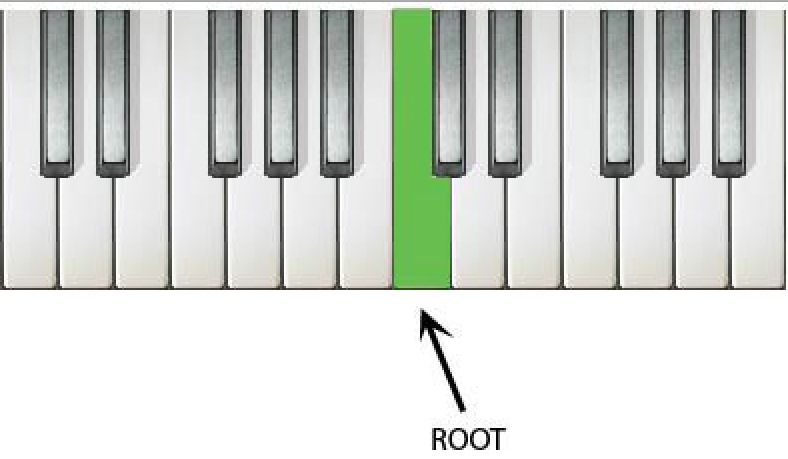 Then, counting up, we choose the 3rd and 5th notes above it.

Basically, we just grab every other note.

For example, in a C Major Scale we would choose C, E, G.

This is because they are the First, Third, and Fifth notes from the scale. 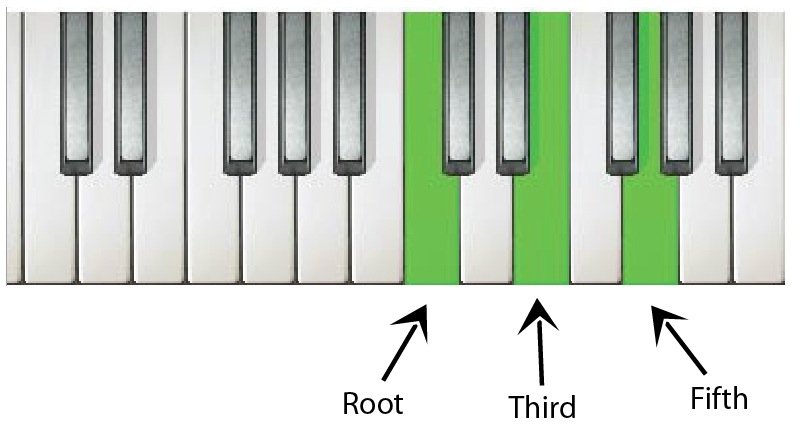