Skip to content
The notes you have learned to play so far in position 1 are called Naturals.

The blank spaces in between these notes are called Accidentals. 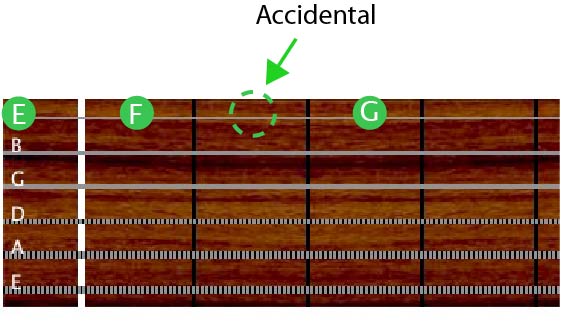 There are two kinds of accidentals called Sharps and Flats which look like this: 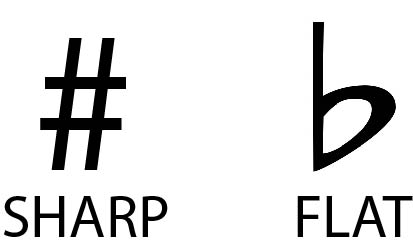 We think of accidentals as being natural notes that have been shifted up or down.

If the accidental is formed by raising a note up, we call it a Sharp (#).

For example, if you raise F up by one fret, it becomes F#.

If the accidental is formed by lowering the note down, we call it a Flat (b).

For example, if you lower G by one fret, it becomes Gb.